The annual Lethbridge Montessori School Teacher Appreciation Day was held on April 3rd at the Scenic Drive campus and May 2nd at the Forestry Avenue campus. Students enjoyed preparing paintings and gifts to present to the teachers, and the teachers were served lunch by the parents. 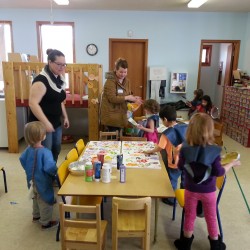 Parents supervising children while they paint pictures for the teachers 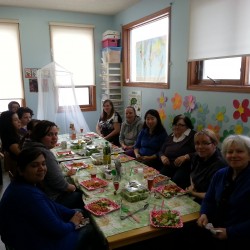 Scenic Drive campus staff being served lunch by the parents 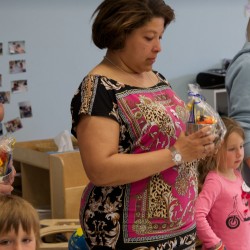 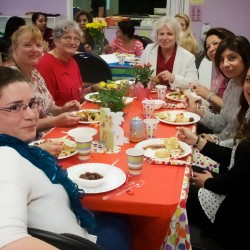 Forestry campus staff being served lunch by the parents 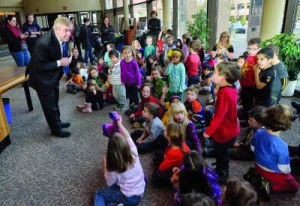 Lethbridge Montessori School has migrated to a new webpage and server. We will be continuing to add new content in the coming weeks. Please take note of the calendar and ‘upcoming event’ section. We hope you find all the information you need; let us know if you run into any problems (webmaster@lethbridgemontessori.ca).